What’s the fastest way to read a csv file in R? Among the R packages, the ultra-fast sprinter is certainly data.table but…few years ago, the introduction of the package reticulate gave us the possibility of use python and in particular the library pandas to read files in R. Would pandas (used in R) be faster than data.table? How would its performance compare with readr or base R? Let’s take a look.

and by getting pandas in the python environment.

I downloaded the dataset that consists of 8437 observations of 4 variables and I placed on my home folder.

We are going to read the csv file using:

We read the file 1000 times for each of the package and record the performance with microbenchmark::microbenchmark

And we summarize it

We could graphically visualize the microbenchmark performance just launching autoplot(mb) but that would not be fun! We come so far, why not visualize the data using python?

First we need to convert the R object mb to python object.

In what is dataframe converted in R?

…of course in a pandas Dataframe. 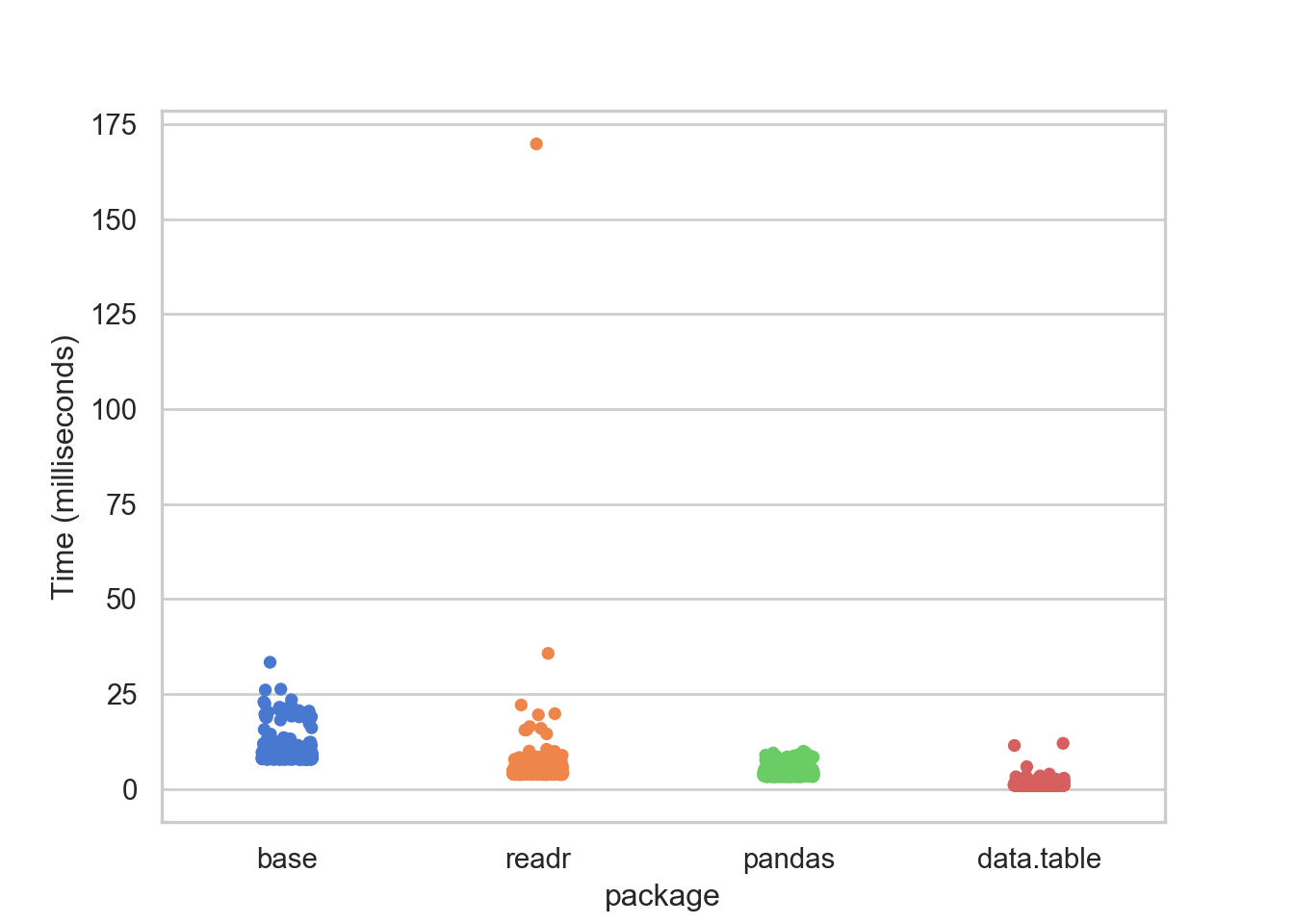 In this sprint race to import csv in R, the first place is still hold by the favourite data.table::fread followed by pandas read_csv and then by readr::read_csv. These two last packages/functions were really close at the final line. The base R function read.csv was not able to get to the podium and had reading times about 4-fold larger than data.table::fread.

Few days ago, vroom 1.0.0 was released on CRAN, and so we have another important contestant in our competition. Let’s look at an update table of the reading benchmark for the amis.csv file.

Under these conditions, vroom appears to be even slower than base R in terms of reading times 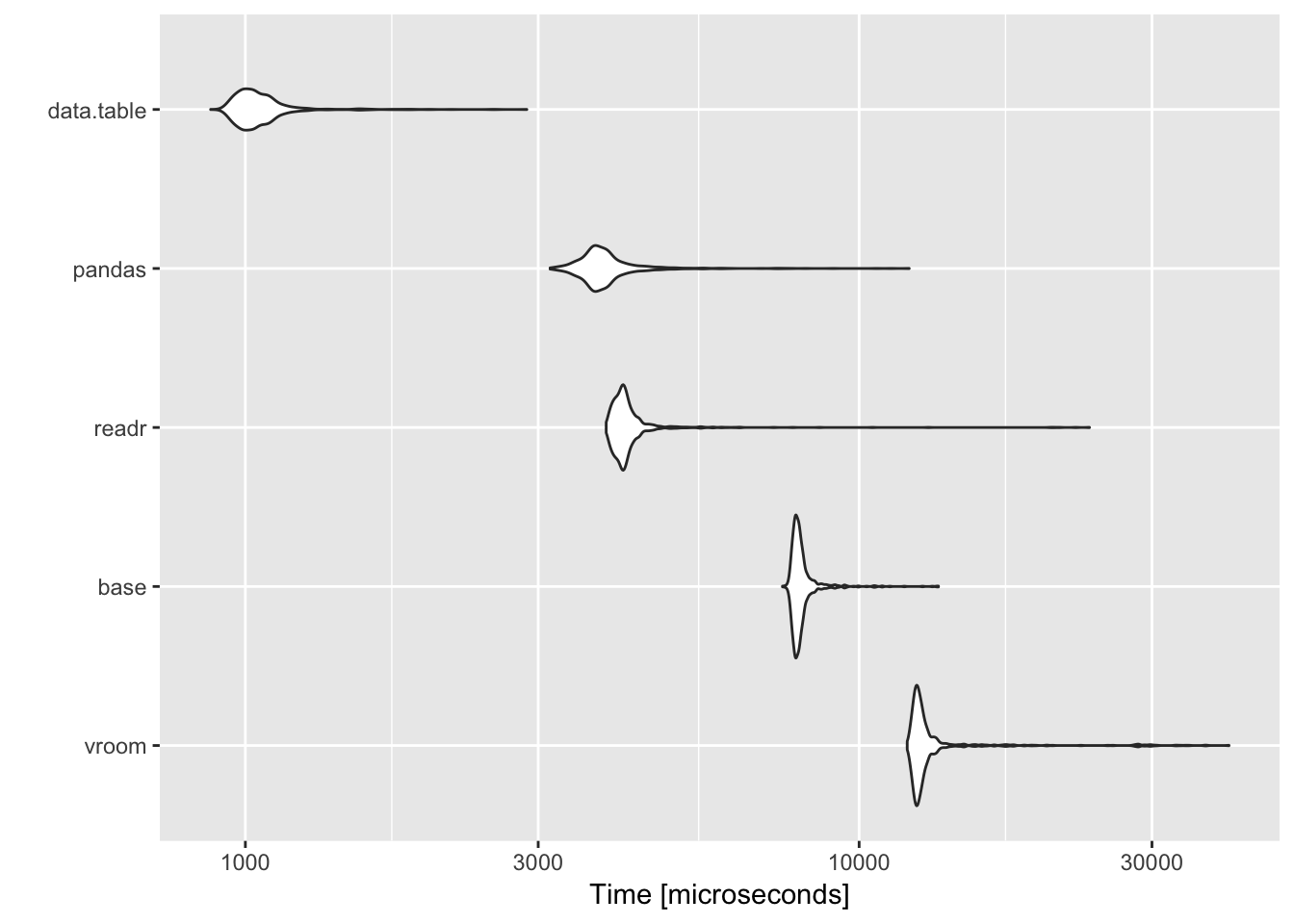 To undestand why, we need to take a look at our amis.csv data.

Our data consists of numeric variables and vroom advantage over the other packages/fucntions is that “character data is read from the file lazily; you only pay for the data you use”. So under these conditions, data.table::fread is still a gold medal!